The court order also mandated the Independent National Electoral Commission (INEC) not to make use of the Amotekun Corps as part of the personnel to be deployed to provide security in the election.

The order warned Amotekun not to serve as either security personnel or volunteer in the guber election.

Part of the order reads, “That the 1st defendant (INEC) is hereby restrained from requesting the deployment of the second defendant (AMOTEKUN) as part of the security personnel deployable for the purpose of Osun 2022 governorship election pending the determination of the originating summons filed in the suit.”

Speaking on the court order, Hashim Abioye stated, “With this order, it is forbidden for the INEC to make use of Amotekun as part of the security personnel to be drafted for the election.

“As I speak to you, those concerned, the INEC, police and other relevant agencies, have been appropriately served.” 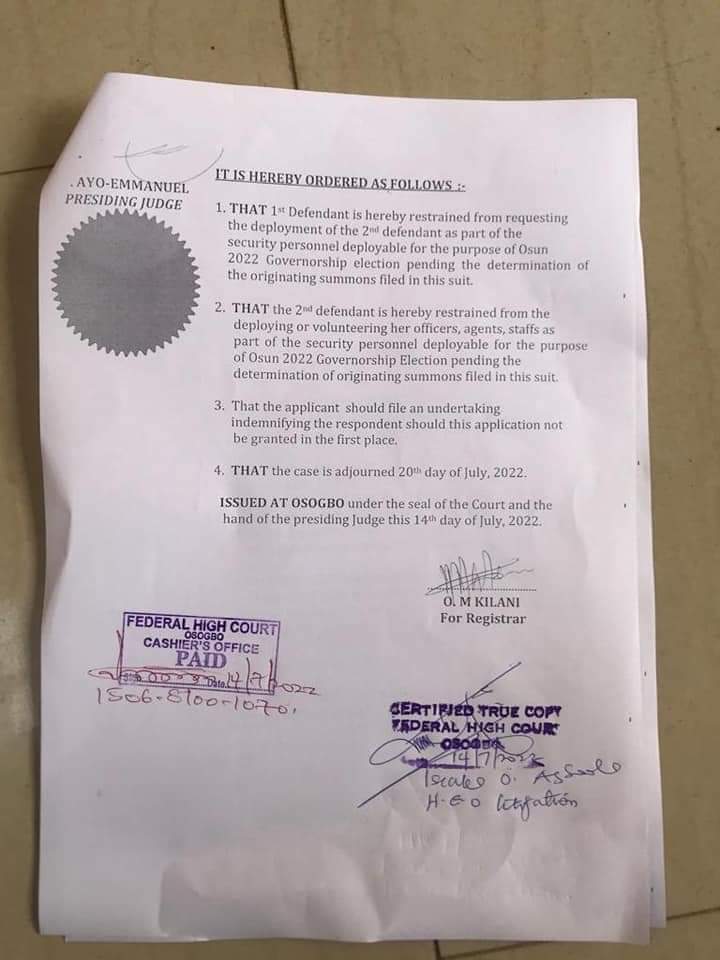 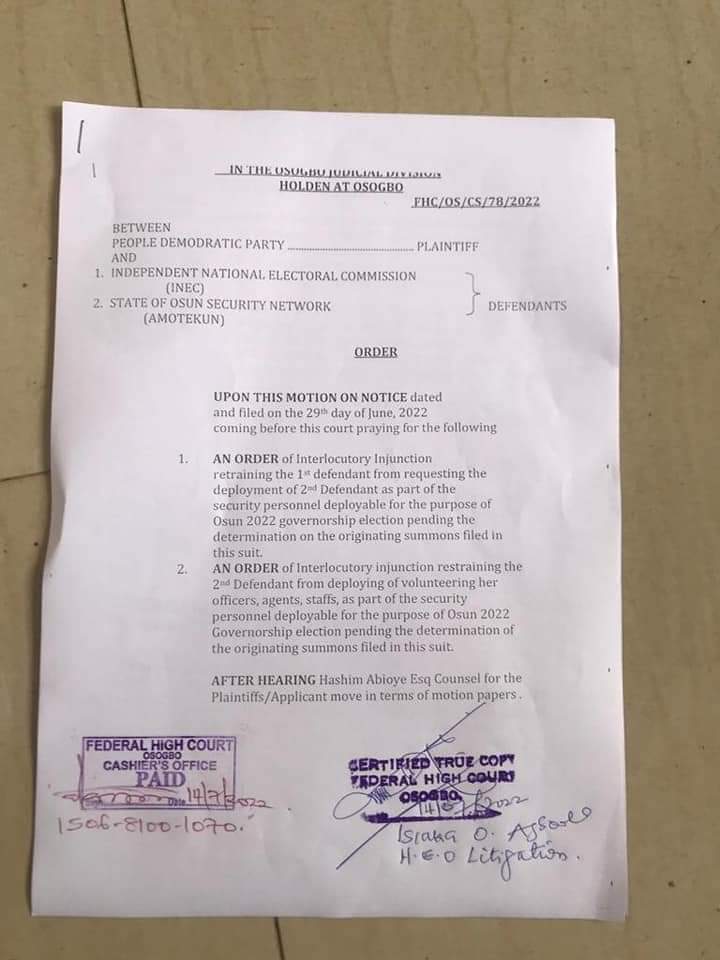